When I left university I was rather excited about entering the world with my piece of paper.  This degree showed I was trained in a specific field and was smart enough to know what I was talking about.  At times, when around non-university graduates, I felt quite smug knowing I had something they didn’t.  It was only when my boyfriend would come home and talk about his work as a geologist, or rather a geologist’s assistant, that I felt insanely ‘dumb’.

This ground penetrating radar (GPR) is, as the name suggests, a means of penetrating the ground with several radars to determine whether or not an object is buried underneath the stone, ice or other structures.  It also identifies any alterations in the material, and any voids or cracks. 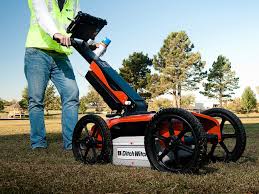 But how?  A question I found myself asking numerous times.  Simple, he would say.  The radar pulses image the subsurface and use high levels of electromagnetic frequencies to be sent into the subsurface. Ground Penetrating Radar QLD  elaborates that; when and if the wave hits a buried object, crack or void then it will bounce back.  However, the range of the electromagnetic pulse is measured on a spectrum and is limited by the conductivity of the ground.

GPR is easy to use, safe and more sophisticated than most methods in geology.  I wish I had more access to them in my studies.